The main document used to create the database record consists of an instrument created by the Romanian Worker’s Party in 1951, called “Registry questionnaire of illegalists".
Circumstances of emergence
The questionnaire was used to delineate the group of party members and underground sympathizers of the clandestine communist movement.
An account had been previously done. In November 1948, the official statistics of the party[1] indicated 626 party members with underground party internship and 4809 sympathizers, defined as people who had supported the clandestine communist movement, without being involved in the party. To sum up, at the end of 1948, the official authority considered that about 5435 people had had connections with the clandestine communist movement.
Verifying party members lasted from November 1948 to April 1950 and had checked 913,027 members, from which nearly one-fifth were excluded.  Among the ones removed 49 “illegalists” (almost 8% of all accepted) and 210 sympathizers (about 4.36%). 259 people that had links with the illegal party were excluded (about 5% of the total number of “illegalists” checked). After the verification was completed, the RWP had only 577[2] people that were active during the clandestine period and 4599 people who had helped the party in one way or another.
During the checks, the acceptance of new party members had been stopped[3]. This situation persisted also after the verification process was completed. The RWP’s Central Committee, which analyzed the results of the reviews and decided on receiving new members, had practically extended the ban[4].
The RCP’s gates remained closed until the fall of 1951, when the Secretariat decided to resume receiving new members[5]. Therefore instructions that had to formalize various biographical paths so as to fit them precisely in the ideological frameworks have been developed[6]. In this broad context of revaluation of the Party’s staff, cleansed of undesirable members, the situation of the “illegalists” had been brought again under scrutiny.

Institutions empowered to track “illegals”
In the summer of 1951, the party organizations throughout the country (Regional level) received the "task" of making statements regarding the number of clandestine party members and sympathizers in their area.
People who have had or felt that they had even vague connections with the clandestine communist movement filled out a standard form called “Evidence questionnaire of illegalists ". The questionnaires were collected in each regional RWP committee which sent them to Bucharest, to the Section of the Party, Trade Unions and Worker Youth Union Leadership - Personnel Records Sector. Data collection began in August 1951 and lasted until the spring of 1952. As they were received, the records were sent to Bucharest, accompanied by nominal tables[7]. Finally, records from across the country were centralized in alphabetical registries.
Note that the “illegalists” were recorded by the central office of the RWP through the Section of the Party, Trade Unions and Worker Youth Union Leadership, and it wasn’t left to the Romanian Federation of Former Political Prisoners and Anti-fascist Deportees, a subsidiary of FIAP (Fédération Internationale des Anciens Politiques). Created in June 1947[8], it dealt with “ilegalists”- members or sympathizers - that were imprisoned in camps and jails. Beginning with the autumn of 1947[9] the RWP’s own records were initiated. However, centralizing the RCP members and supporters which began in the summer of 1951, was aimed at all people who supported the illegal communist movement, regardless if they had paid with years of imprisonment or detention in camps.
The clandestine members or sympathizers who, for various reasons, were not PMR members were also invited to complete the questionnaire. Therefore, the connection with the clandestine communist movement, irrespective of the form and its administrative formalization was the only criterion used for the selection of the people invited to complete the "Registry questionnaire of illegalists" in the second half of 1951 and the first half of the next year.

The concept of "illegalist"
The instrument was called the registration of "illegalists". Because they also invited the sympathizers to complete the questionnaire, we can conclude that from the officials’ point of view in 1951, the term "illegalist" included both members and sympathizers, some of them with very vague political connections.
In the party's internal records, the difference between the concept of  "underground party member" (or “illegalist”) and "sympathizer" was proficient[10], so that the RCP’s leadership could make no confusion between the two concepts.

Questionnaire structure
The questionnaire had three sets of questions, arranged in sections such as: sections that recorded socio-demographic data of the individual, sections regarding his political situation before and after August 23, 1944.
Socio-demographic data contained information such as: name, surname (if changed the old name was requested also); birth date: day, month, year; place of birth: community, state, country; nationality; basic profession; marital status; number of children, ages of children.
The political situation of the individual before August 23, 1944 was revealed using the following questions: If before 23 August 1944 the person in question was a member of the Communist Party, the Communist Youth Union or a supporter of the labor movement, what was the work done or the support given to the party and the labor movement, in which cities and in what years (when and until when); Name of the comrades with whom he had connections in underground, in which towns and what years, what was the nature of the connection and where they are now;  If he was arrested, tried and convicted for illegal anti-fascist revolutionary activity, what was the activity, who was also involved, what was the conviction where was imprisoned; If he was interned in camps, where, for what reasons; what was his behavior in trial, in prison, in camps.
The next set of sections was aimed at the professional and political situation of the individual after August 23, 1944: occupation after August 23, 1944: where did he work in production, since when, until when, what was his position; Political activity after August 23 until the present : in what party organization was he active, in which other organizations was he active; since when; until when; what was his position in those organizations; where does he work now and what is his position there; whether he was decorated after August 23; what was the decoration; current address; party member since; RWP membership card No..; Provisional no., Issued by the Committee; If he has anything to add apart from the questions in the form, Date, Signature.
The manner in which the questionnaire was filled-out issues several observations.

Party Membership
The most important issue is the way in which the individual positions himself in relation with the communist movement. Consequently, the dividing line between party membership and supporter appears to be unclear even in the minds of communist militants. There have been many situations in which supporters declared themselves as members. Others mistook the Red Aid contributions with the party fee[11]. In other cases Communist Party members declared that they could prove their membership by party card[12] - it is known that the clandestine communist movement issued no documentary evidence to members. The explanation lies in the fact that those active in the legal Communist Party, between 1921 and 1924 held the membership card from that time.
Note that the overlap between section "If before 23 August 1944 he/she was a member of the Communist Party, the CYU or a supporter of the labor movement ", which introduces the second set of questions in the questionnaire regarding the political situation of the individual before 23 August 1944, and the section" Party member from "- is far from perfection. There are many more that declared their party membership than those who have been acknowledged as such. In the year when these data were recorded, overlap cases between these two categories - namely between what a person says and what was validated by documents (party membership card), are the exception and not the rule.
Obviously, the confusion can be explained by opportunism - after August 23, 1944 many benefits could be gained if you declared yourself a supporter of the communists since almost immemorial times. There could be also many willing just to give it a try and see what happens. However, many must have realized that they are unlikely to get very far with such strategies; these records were made after a review of the party members, after almost a fifth of the RWP’s members[13] - among them also opportunists - had been excluded and it was therefore very likely that the lie would have been discovered in no time. Secondly, just like the case of the procedures for completing the staff files - the “Registry questionnaire of illegalists" required a review – using the section "Name of companions with whom he/she had connections underground, in which towns and what years, what was the nature of the connection with them and where they are now". The purpose of these questions was just to confront the declaration of the person in question with the declarations of his clandestine contacts. Between opportunism and confusion, the most likely source of error is the second one, but, however, we cannot completely exclude the first one.

Questionnaire limits
Being such an interesting instrument for sociologists and other specialists in Humanities that follow quantitative methods, it has its limits in historical research.
The questionnaire is used generally for sociological inquiry. The one in question was designed to reveal the status of the individual in relation with the communist movement at a specific time. Membership to the clandestine party was an artificial parameter reconstituted after the Communist Party took the power and had undergone several transformations, depending on the political moment. Reading only the "Registry questionnaire of illegalists", the dynamic of the individual's status in relation to the communist movement is "frozen" and revealed when filling in the questionnaire[14].

[2]The number of 577 „illegalist”, officially assumed in May 1950, it doesn’t mean this is the party’s size during interwar time. As a result of studying the party membership during underground time, I suggest another cert categories which can be added to the 577 party members mentioned above: important leaders, which have passed away in Moscow, during Great Terror between 1937-1939; bessarabians which have returned in native province in June 1940, when Romania abandoned this territory in favor of Soviet Union, who remained there after the second world war; bessarabians whose application forms for returning into Romania had not been approved by soviet authorities till 1948 (but these are exceptions); party members from interwar times arrested and involved in different postwar political trials; interwar followers and left wing’s sympathizerswho stayed away from RCP after 1945; finally, the biggest category – underground party members with unrecognized activity.

[4]Official Decision places the starting point of re-acceptance into RWP at October the first, 1950. Other restrictive rules released then – like a longer candidate internship, established according to person’s social status – postponed the acceptance for more then a year. For example, a six month candidate internship for workers from means of production industry became mandatory; a year – for the others workers and for peasants; a year and a half for intellectuals and public servants. See Plenum Meeting of Central Committee of RWP regarding results of party members’ verification and acceptance of new members, in Personnel Policies…., pp. 156-157.

[6]For example, “A guide regarding identification of party members’ and party candidates’ social status and social background”, in Personnel policies…., pp. 257-261.

[11]For example Lehoczki Iosif, a slovakian born in Hungary, joined The Red Hungarian Army as Volunteer in 1919. He worked, but not so hard, for romanian communist movement also. He explained how he paid the party fee: “Because I didn’t have a membership card, I paid the fee and my name was written in a form, marked with hammer and sickle, meaning the RCP’s stamp. I received that form from comrade Coman, to whom I paid the amount”. See NCHA, fund. No. 95, dos. 122328, s. 32.

[14]A certain dynamic is suggested by some subjects who, in Observations section, they mentioned that their party situation it was not clarified at that moment, being under analysis. This kind of requests depended on the Party Central Commission, but often the answer took a long time. 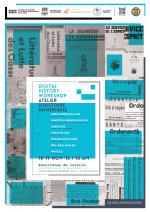 Romania and Bulgaria in the Aftermath of the 20th Century Wars 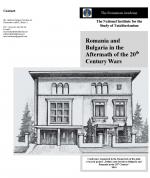 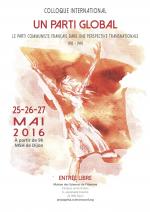 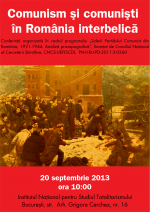